Good and creamy Coconut Cream Pie – and now as pudding!

Who doesn’t love Coconut Cream Pie…not the artificial tasting (smells and tastes a little like suntan lotion stuff), but a good and creamy version that tastes like coconut and not just the suggestion of it.

Pudding instead of a pie

I first made this as a whole pie. The memory of getting a slice in a restaurant and seeing those creamy layers all neatly in a wedge. In reality, this is best made in an individual portion. In order to have the custardy stuff be firm enough to stand up to slicing and neatly sitting atop the crumb, not to mention carrying the whipped cream, it can be a fairly thick and dense mixture.

Thick and dense pie filling … as opposed to good and creamy … is usually achieved by more cornstarch than most people would like to know about. My recipe does have some, but just enough to keep the mixture from being too loose. This is not a sliceable custard. That’s why I have made these in jars. You can use nice little dessert dishes if you have them. I used jars, because a) I have them and b) you can put lids on the jars and store in the fridge until you feel like a second pudding.

Jars used for this recipe are 250ml straight sided wide-mouthed canning jars. These are actually meant for canning salmon, but gosh, pudding is better. I don’t actually can the pudding of course, just put it in the jars. You can use any kind of jars you like, perhaps the half size, but then, that’s probably not enough pudding!

To give the whole Coconut Cream Pie experience (in a jar) I put the graham cracker crust in the bottom just I would in a pie pan. Divide the mixture by the number of jars and put an equal amount in, then I squish it down so you have a base with a little bit going up the sides. Then bake for five minutes just to firm up the crumb.

After the crumb base and baked and cooled, I pour the pudding mixture into each jar and put a small piece of plastic wrap right on the surface of the pudding so it does not get a skin. After that has set up – which is at least three hours or overnight – add the whipped cream and toasted coconut. In this version, I added the toasted coconut and also a tiny sprinkling of extra crumb base mixture. A nice little crunch for good and creamy coconut cream pie pudding.

Make now for same day or next day

If you want to be able to put lids on these babies and put in the fridge, don’t put too much whipped cream on top. I did pop this into a piping bag and piped a rosy swirl on top. For me this is neater than trying to spread it in the tin with a spoon. Mind you, if you put enough of the toasted coconut on top you won’t see ‘badly swirled’ topping anyway. Just an added note about piping bags. Using the disposable ones is okay! So much easier and not just limited to whipped cream or frosting etc. I use them to fill pasta shells like cannelloni. Such a great hack!

You’ll see that the recipe has coconut oil as an option instead of butter. Don’t be put off by this. It adds a tiny coconut-y taste just because of the other coconut, but is not overwhelming by any means. Also, there’s nothing wrong with coconut oil. I use it for many cooking purposes, it’s no worse for you than butter. However, please use butter if that is what you prefer.

If you prefer a lemon dessert, try the Lemon Mousse I made a couple of posts ago. Either in a tartlets shell or just to eat with a spoon. Or if you feel like something more traditional, try the Pineapple Upside Down Cake – also in individual portions.

My recipes are all created using metric weight measurements. Conversion to spoons and cups are approximate.

Coconut oil is used in this recipe, but you can substitute butter if you do not have this ingredient.

As an Amazon Associate I earn from qualifying purchases at no additional cost to you. 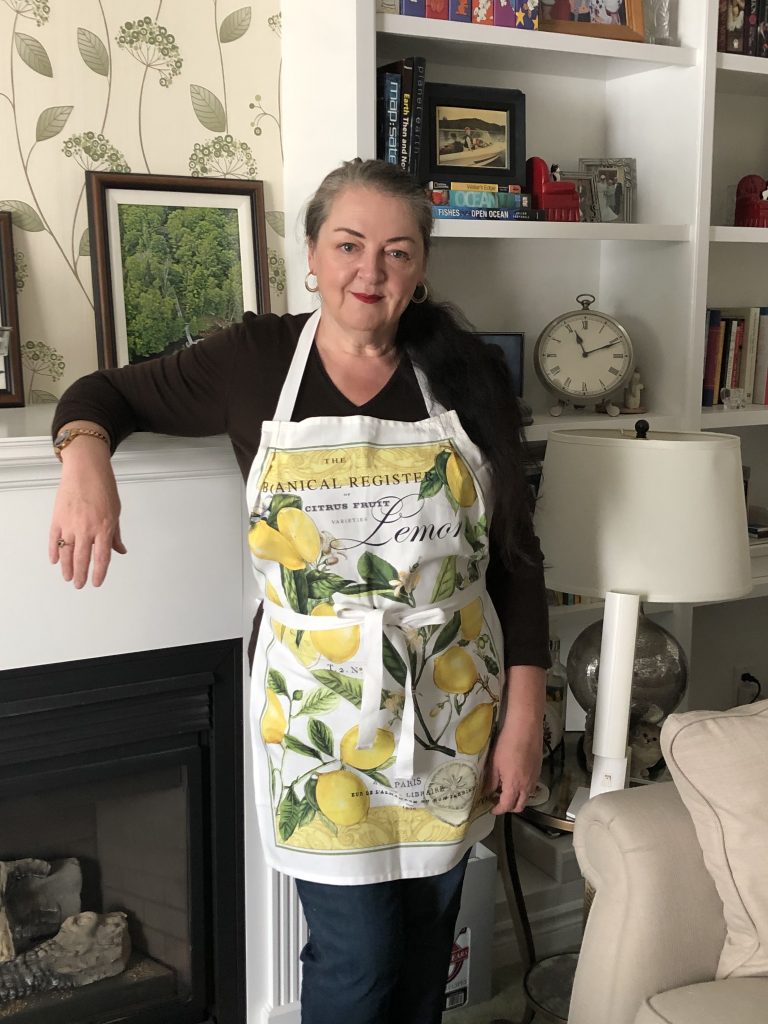 I'm Valerie, I'm an avid baker and cook. All around like to do creative things, sometimes practical and sometimes just for the fun of it.

I graduated from college in Commercial Art and also completed the Pastry Arts programme at one of Canada's pre-eminent Chef Schools.

Hope you can join me here often for some creative fun stuff at home.